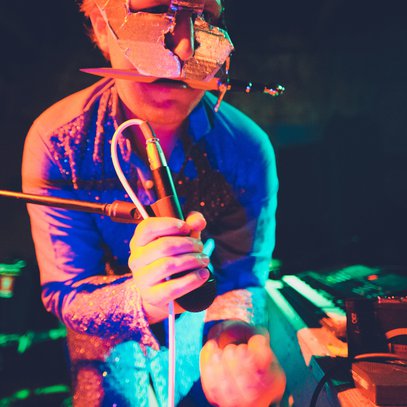 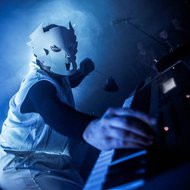 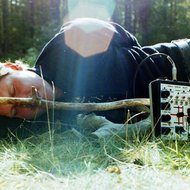 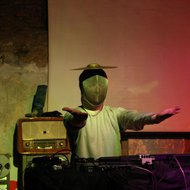 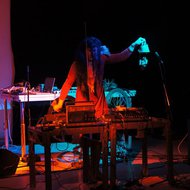 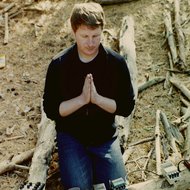 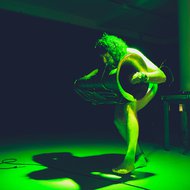 Armantas Gečiauskas is an experimental sound and performance artist, curator of underground events for electronic music and founder of the Agharta label. As the artist he has been performing and releasing music under different names (Arma Agharta, Brūzgynai). He has a versatile performing style which focuses on exploring the boundaries of sound and body, and his live shows mixes these two elements as well as surfs between a spontaneous farce and the performance with a ‘concentrated face expression.’ Electronic sound experiments are embroidered with noise, lo-fi, drone swarms, vintage synth music and heavy usage of vocals, which all becomes a part of ritualistic, weirdly performative action in which the artist embodies outer space creatures, armed with props recalling Soviet times.

Arma Agharta - Wake Up and Nothing

X
Arma Agharta - Wake Up and Nothing

In 2004 he founded two small record labels Perineum and Red Brick Chimney, where he released more than 30 recordings in CDR and MC format with hand-made covers. In 2009 he closed both labels and opened a new one – Agharta – which doubled as a cultural community. Under the name Agharta he releases cassettes and organises underground events for experimental electronic music and performance art (concert series and festivals Speigas, SOTU Festival Lithuania, Vilnius Noise Week). Since 2011 he has been curating and arranging diverse concerts of experimental electronics not only in the main Lithuanian cities (Vilnius and Kaunas) but also in the small towns (Jonava, Kėdainiai, Ukmergė).

Armantas Gečiauskas is also participating in various projects of experimental music, such as jazz project Laisva struktūra, Ramūnas Jaras band in Kaunas, duo project with Arturas Bumšteinas as well as in numerous collective improvisations and spontaneous performances together with Lithuanian and foreign musicians.

The artist is actively performing in local and foreign territories: from Novosibirsk to New York. He has been touring in Europe and USA since 2011. Gečiauskas likes to perform in unconventional spaces such as a spoon factory in Latvian countryside, a boat in Hamburg or on top of a building in Jaroslavl (Russia). He has been performing at diverse festivals at home (Speigas, Sūpynės, Mėnuo Juodaragis, STRcamp, Centras, Dezintegracija, Creature, Simbolis) and abroad ( Sonic Circuits in USA, Cocart in Poland, SOTU in the Netherlands, ExperiMENTAL in USA, Sound Around in Russia, Porin Juhlaviikot in Finland).