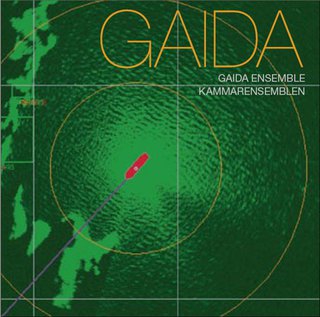 The surprisingly vital and many-sided contemporary music scene in Lithuania is continually stimulated by the expanding institution of contemporary music festivals, and by an accompanying growth in interest by performers in new music. Highly visible in this area is the contemporary music festival, Gaida, which each year presents the most distinctive performers of new music such as the KammarensembleN from Sweden, as well as the festival's own established Gaida Ensemble.
This small selection of Lithuania's soundscape from the beginning of the 21st century, comprising highly diverse compositions for large ensembles, reflects the aforementioned stimuli in the present-day work of Lithuanian composers: most of the pieces were commissioned by the Gaida Festival, and are performed by Gaida Ensemble. Works commissioned abroad include Remigijus Merkelys' Compass, for the Berlin MaerzMusik festival, and Šarūnas Nakas' Drang nach Westen, for KammarensembleN, commissioned by Concerts Sweden. The latter commission, as well as this SACD release, was part of a two-year cultural exchange program "Sweden-Lithuania. Musical Links".