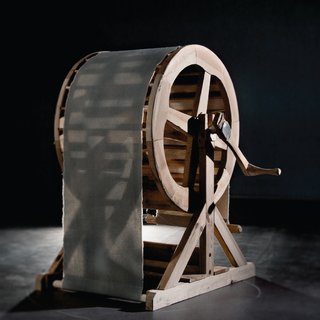 This record was produced using sound materials from performances, rehearsals, soundchecks and other occurrences of Baroque theatre noise machines project Bad Weather, as it was documented with various recording devices between years 2017 and 2019. Soundtrack is divided into two parts which are not indicated as sides A or B. Listeners can hear two versions of the same composition, created from different sounds of identical nature.

Historical wind, rain and thunder machines were reconstructed by Ernestas Volodzka specially for the Bad Weather production in Vilnius, Lithuania, in 2017.