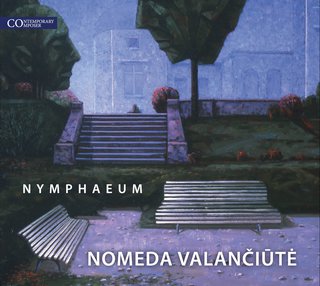 Nomeda Valančiūtė made her debut in the mid 80's together with so-called "machinist" generation of composers (which also included Rytis Mažulis, Šarūnas Nakas, Ričardas Kabelis, Gintaras Sodeika, and others). At that time their music was conspicuous by persistent, "machinistic" minimalism, urban references and edgy, sometimes even aggressive sound. However, the imagery of Valančiūtė's music was somewhat different from her fellow composers since the very beginning: among the recurrent motives of her compositions are evocative, slightly surrealistic images of nature (Fragment from the Hospital Park, Nymphaeum, The Garden), and whimsical portraits of "double personalities" (Narcissus, Marthamaria). Nevertheless, the composer remains mysterious and avoids any detailed programmatic background for her works (except for imaginative titles) - leaving that to the attentive listeners.