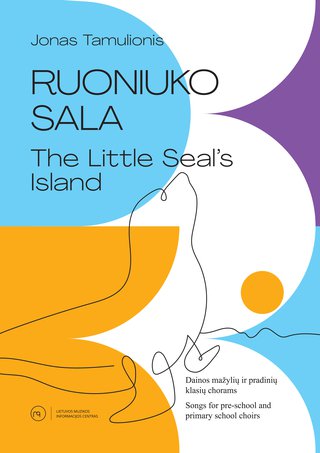 Jonas Tamulionis (b. 1949) has long been a popular composer of choral music both in Lithuania and beyond. His pieces have been sung throughout Europe, the Americas, Australia and South Africa. They have enjoyed a particular popularity in Japan, Singapore and the Philippines. All in all, Tamulionis has written almost 400 compositions, notably for guitar, accordion and choir. His music has earned him dozens of trophies at various competitions around the world, including two prizes awarded by the Swiss Choral Association, a special jury award in Italy, first prizes in the competition Las Palmas de Gran Canaria in Spain, a number of International Stasys Šimkus Choir Competition prizes in Klaipėda, and over twenty awards for his music for children. In 2011, he picked up the Culture and Arts Prize awarded by the Government of the Republic of Lithuania. His music for children ranges from simple single-voice songs to an opera. Accord-ing to Tamulionis, the world of children has always been close to him. “Is there something wrong in remaining somewhat childish even when you become old? I have written about one hundred pieces for children, beginning with songs for vocal ensembles and choirs, and down to large cycles. Composing for children is by no means an easy task. In a way, you’re trapped. You cannot oversimplify things as this might render your work cheap; on the other hand, you cannot write in the same vein as composing for grownups.”