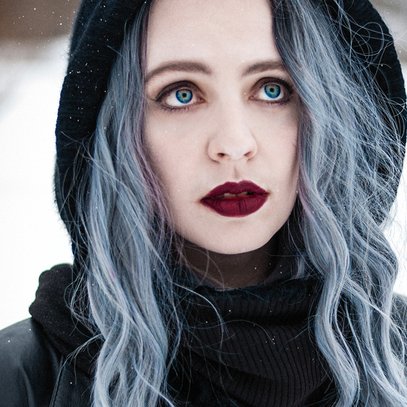 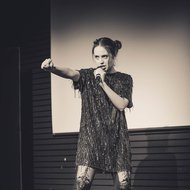 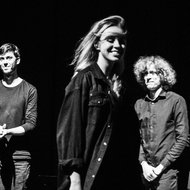 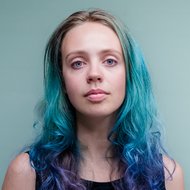 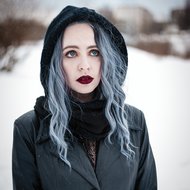 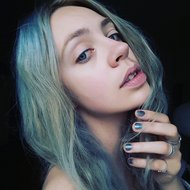 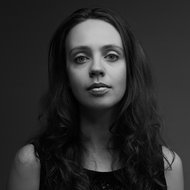 From her very first creative endeavours the composer Raimonda Žiūkaitė has balanced between a sensual and provocative rock energy and rationally planned processes that follow the innovations of contemporary classics. Her attraction to heavy music is determined not by her experience playing in rock bands, but the aesthetics of heavy music and its potential for spontaneous expression, which penetrates the writing of compositions controlled by systemic relations. This, perhaps, is why Žiūkaitė’s professional music writing encompasses very diverse, eve contradictory trends. Some of her compositions are reminiscent of well-proportioned architectural structures or processes of gradual metamorphosis based on a single compositional idea (e. g. triad chords interconnected within a network of unconventional tonality). Whenever the performative aspect comes to the forth, she shows her affinity to different concepts, such as surprise, glitch, paradox, irony, and absurd.

Anthology of Lithuanian Art Music in the 21st Century - Chromatography

Wormholes in the Mind

X
Wormholes in the Mind

Raimonda Žiūkaitė (b. 1991) has graduated from choir conducting at the M. K. Čiurlionis National School of Arts and earned her BM and MM degrees from the Lithuanian Academy of Music and Theatre where she studied composition with Ričardas Kabelis. Within the Erasmus Exchange Programme, she studied composition at the Vienna Music University (under Detlev Müller-Siemens, 2012) and electronic music composition at the Mozarteum University of Salzburg (under Achim Börnhoft, 2018-2020). She pursued her post-graduate studies at the Lithuanian Academy of Music and Theatre in 2016-2020 (under Mārtiņš Viļums and Gražina Daunoravičienė).

Žiūkaitė’s music has been performed in Lithuania and, increasingly, abroad, e. g. at the International Accordion Festival in Vilnius (2013), Encuentro Revueltas Sonoras, Intersticios (Mexico, 2019), eviMus (Germany, 2019), Impuls (Austria, 2019), Druskomanija (Lithuania, 2014-2019), Crossroads (Austria, 2017, 2019), Aspekte (Austria, 2020). Her Flores Duo earned the third prize at the choral composition competition Vox Juventutis 2011, while her Chromatography for eight accordions has been chosen for the Anthology of Lithuanian Art Music in the 21st Century curated by the American composer and music journalist Frank J. Oteri.

In addition to that, Raimonda Žiūkaitė is involved in musicological activities. She has published reviews, interviews and news articles on contemporary academic and experimental music in printed press and online media. She is also an author of papers on the Neo-Rhiemannian harmony theory published in international scientific journals.

Besides writing academic compositiions, she performs her own music and performance art pieces for voice and electronics, sings in choirs. Previously she was an active member of rock bands and a solo singer-songwriter.