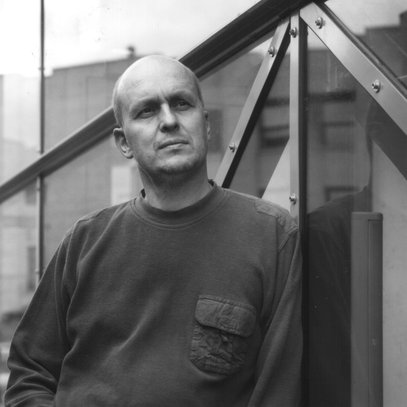 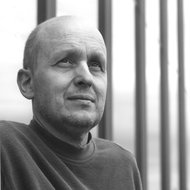 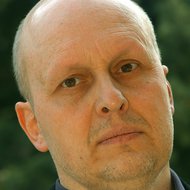 Mindaugas Urbaitis once was the most radical minimalist in Lithuania, scandalizing the local audience with prolonged compositions built from endless repetitions of seemingly unchanging material (such as hour-long Trio for three melodic instruments, 1982) - which attests the direct influence of early American minimalism. The works by Urbaitis of this period, characterized by particular rationalism, integrity and purity, could be compared to ornamental patterns or geometric abstractions. Starting from the late 80's, his idiom becomes less ascetic, as he started to construct his compositions around the clearly recognizable fragments of music by composers from the past (such as Bach, Mozart, Brahms, Bruckner, Wagner, Piazzolla). The composer himself uses the terms "re-composition", or "recycling", to describe his present composition method.

zoom in 2: new music from Lithuania - The Book of Jerusalem of the North

X
zoom in 2: new music from Lithuania - The Book of Jerusalem of the North

Mindaugas Urbaitis (b.1952) graduated from Prof. Julius Juzeliūnas' composition class at the Lithuanian State Conservatoire (now Lithuanian Academy of Music and Theatre) in 1975, and completed postgraduate studies in 1977. In 1979-96 Mindaugas Urbaitis was a member of the Board of Lithuanian Composers' Union, in 1991-96 - its Chairman. In 1991-94 Vicepresident of the LATGA-A (Agency of the Lithuanian Copyright Protection Association), in 1994-96 - President. Presently he is an Professor at the Lithuanian Academy of Music and Theatre, lectures on European post-war music, the 20th century American music, and on the advanced composition techniques. He is a host of many series of radio programs for new music. In 1991-95 Urbaitis organized the international new music festival Gaida.

Mindaugas Urbaitis has lectured on contemporary Lithuanian music at courses and seminars in various countries. He has participated as guest composer at the Musikhost Festival in Denmark (1992), the Bornholm Musik Festival (1993), and the Vale of Glamorgan Festival (1996). The composer leaded master-classes at the Tampere Conservatoire, Finland (2000) and London College of Music and Media (2001). In 2000 his composition Stillness for piano and string quartet won the 2nd Prize in the composers' competition dedicated to the 125th anniversary of M. K. Čiurlionis' birth, which was organized by Lithuanian Ministry of Culture, Lithuanian Composers' Union and Lithuanian-American Fine Arts Association. In 2002, the composer wrote a ballet "Acid City" commissioned by the Vilnius Festival and staged at the Lithuanian Opera and Ballet Theatre by the Amsterdam-based choreographer Krzysztof Pastor. In the same year this ballet won the prize for the best stage work at the composers' competition arranged by the Lithuanian Composers' Union. In 2003, Mindaugas Urbaitis won the Best Music for the Theatre Award of the Lithuanian Ministry of Culture for the ballet "Acid City" and music for drama production "The Beginnings. K.Donelaitis. The Seasons" (director Eimuntas Nekrošius). In 2010, he was awarded the 3rd prize (for Three Liturgical Choirs) at the competition of choral composition, organized by the Lithuanian Folk Culture Centre and the Lithuanian Composers' Union. In 2012, he was decorated with the honorary insignia "Carry Your Light and Faith" by the Lithuanian Ministry of Culture.

Mindaugas Urbaitis debuted in the 1970s. New to Lithuanian music at that time, the radically minimalist aesthetics of the composer's early opuses were startling and even shocking. Declared sympathy for an American tradition of minimalist music defined the exclusive features of his music: exceptional purity, clarity, integrity, and discipline. A blending of form and structure also connect him to the American minimalists: the repetitively developed material of music is the very process wherein no distinct contrasts or dramatic climaxes are to be found. The composer is inclined to emphasize that his ideal is music as simple as everyday life: sometimes, he says, it feels as if every listener could hum my melodies. Nonetheless, an illusion of natural flow in Urbaitis' works always submits constructivist logic.

The facts of a common musical memory become a truly significant inspiration in Urbaitis' later works. For the composer, the echoes of music by Bach, Bruckner, Mozart or Glass, Lithuanian folk songs, tango, or contemporary club music - all are fundamentally material for recomposition. His aim is not to imitate or to stylize. Both, the irony of the post-modern play on extracts from 'other' music, and the sentiments of the seekers of authenticity are completely remote to him. Mindaugas Urbaitis re-composes traditional music or the works of other composers by building on the contexts of the recollections of an audience from the era of electronic technology, and the function of music.