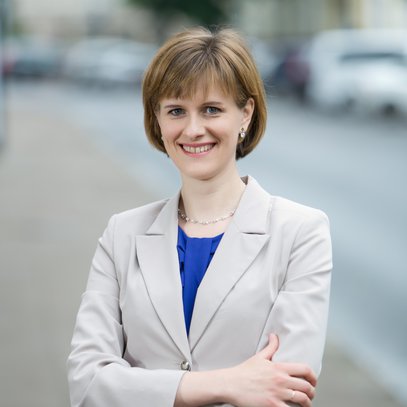 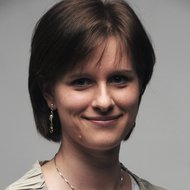 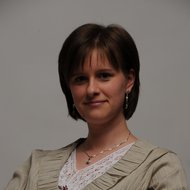 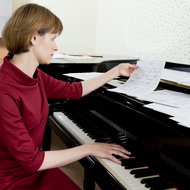 Works for various chamber ensembles and solo instruments make a major part of Vaida Striaupaitė-Beinarienė’s creative output, in which she focuses on the search for unusual sounds and timbres through the use of various extended techniques. Endeavours to expand the instrumental vocabulary are especially evident in her compositions for wind instruments which often feature multiphonics, woodwind growling, percussive effects, playing with and without different parts of an instrument (such as mouthpieces, etc.). The formal outline of her neatly wrought concert pieces is often determined by the varying degrees of acoustic intensity and harmonic/modal progressions. A number of her works use various aural and visual impressions as their source of inspiration (e.g. Mosaic series for solo instruments, Reflections of Waves for orchestra, Rain Games for oboe, etc.).

Having received her basic musical education in Kaunas, Vaida Striaupaitė-Beinarienė (b. 1977) graduated from the Lithuanian Academy of Music and Theatre in 2002. She studied composition with Julius Juzeliūnas and Vytautas Barkauskas, the two outstanding Lithuanian composers.

Vaida continued her education at the National Conservatory of Dance and Music in Lyon, France under the tutorship of Robert Pascal. In addition, she took part in a number of master classes lead by Daniel d’Adamo, Tristan Murail, Manfred Trojahn, Luca Ferrari, and Jan Vandenheede. She has presented her music in a number of festivals in Lithuania and abroad. She is a winner of two prizes at the Juozas Karosas Chamber Music Competition in Vilnius: the 3rd prize for Canto e capriccio for oboe violin, string quartet and percussion (2003), and the 2nd prize for Bonne nouvelle for soprano, oboe and organ (2011). In 2011 she was also awarded the 3rd prize for Impro for oboe quintet at the competition organized by the Lithuanian Composers' Union.

Vaida’s chamber and solo music reflects her constant search for new chord mixtures and unconventional sound-producing techniques. Mosaics, a set of compositions for solo instruments, is one of the best examples of her creative findings. A considerable part of her compositions for wind instruments are written to reveal a new perspective on how an instrument can be used to create a vast palette of sounds. Very often Vaida employs multiphonics, simultaneous singing, percussion techniques and sounds produced using separate parts of an instrument (such as mouthpieces), etc.

To shape the dynamic form of a composition, she makes use of the principles of acoustic intensity which depends on harmonic alterations. Ordinary sounds, such as these of a moving train, falling raindrops or breaking sea waves, sometimes can become a source of inspiration for Vaida who, on the other hand, tries to create music using far more abstract “objects”, such as passing time or sunshine.