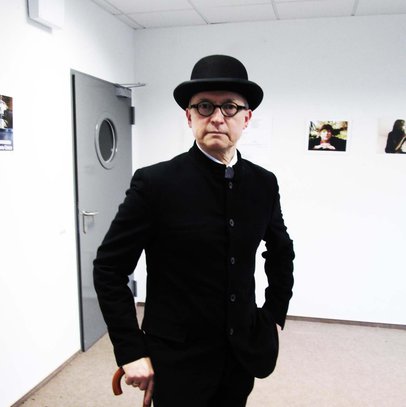 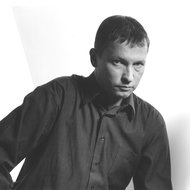 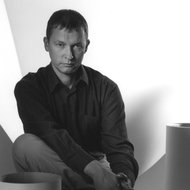 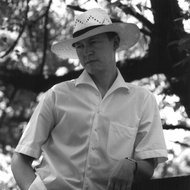 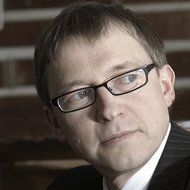 Gintaras Sodeika’s creative output is distinguished by a variety of genres, unexpected ideas, and a fluent and harmonious use of a diverse contemporary sound system – from minimalism to elements of jazz, as well as references to pop music culture. His work has its foundation in rational structures but is not short of sophisticated humour and self-irony. Besides his concert opuses, an important part of the composer’s work is theatre music, as well as sound installations, interdisciplinary projects with representatives from the other arts, happenings, and so on. He himself describes his work as ‘academic techno’ – an unusual combination of the traditional values of music and new technologies.

Gintaras Sodeika (b. 1961) graduated in 1986 from the Lithuanian Academy of Music, where he studied composition under Prof. Julius Juzeliūnas. A member of the artists' group Green Leaf, he participated in their exhibitions. Sodeika initiated and curated the three Happening Festivals AN-88, AN-89, and NI-90. Since 1990 he has collaborated with the theatre director Oskaras Koršunovas and composed the music for nearly all his theatre productions. He is interested in 'sound design' for non-traditional environments and visual art presentations. Sodeika’s work has been performed in Latvia, Estonia, Russia, Poland, the Netherlands, Great Britain, USA, and Canada. Acknowledged as the season’s best theatre composer, he was awarded the St Christopher Prize in 1998 by the Vilnius City Municipality for his contribution to the cultural life of Vilnius, in 2006 the Gold Stage Cross, the highest award given for work in the theatre, and also in 2006 the Radio GRA prize for the best music for a play at the international theatre festival KONTAKT in Toruń, and in 2014 the Lithuanian Composers’ Union ‘A Fresh Interpretation of Tradition’ prize for his Concert for piano and symphony orchestra. In 1999-2003 Sodeika was Chairman of the Lithuanian Composers' Union, in 2000-2006 - President of the Lithuanian Copyright Protection Association, in 2003-2008 - Lithuanian Vice-Minister for Culture. He is presently Director of the Jonas Mekas Visual Arts Center in Vilnius.

All of Sodeika’s creative output can be divided into three categories. The first would be his varied ‘unconventional’ works, such as happenings, sound installations, instrumental theatre works and so on, with the composer working in this field mainly in the 1980s. The best-known of these works is his Baza Gaza for sound and video tape, as well as aromas. At the time (in 1988) it received a lot of attention with the reaction being varied and in some cases quite controversial.

The composer's transition from this kind of creative work to theatre music now seems completely natural. A result of the close and long-term collaboration between the theatre director Oskaras Koršunovas and the composer is the unique role of music in their theatre productions: there is always a lot of music in them; it significantly influences the dramatic flow and shapes it according to the inherent laws of musical forms.

Another area of Sodeika's work is 'conventional' chamber, vocal, choral and symphonic music. Here also there is no shortage of the ‘theatricality’ specific to the composer or of creative connections with contemporary pop culture. For example, Tone Ontology No.2 for two pianos - an intriguing stylization of techno music for traditional instruments and for a traditional concert environment - is one of his works that is most often performed both at home and abroad. The direction of the composer's concert work is represented by compositions connecting elements of minimalism and jazz (such as Tremors for ten instruments), where humour and playfulness often go in hand with a specific austere, severe sound – this is one of the paradoxes, characteristic, generally speaking, of all this composer’s music.