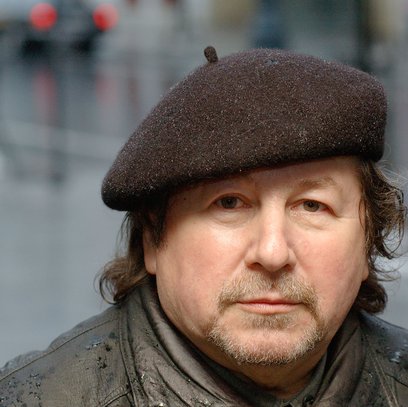 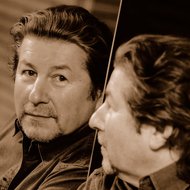 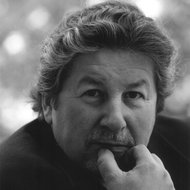 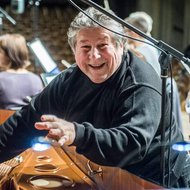 Anatolijus Šenderovas' music has distinctly recognizable sound and does not lack magic for its specific modal colour, improvisational character, development of the piece from a single thematic motto, emotionality, strong dramatic expression and energy. His music includes elements of both archaic Oriental music and more abstract atonal style. The composer did not adhere to a single method of composition, instead he chose particular most appropriate composing techniques for every new piece. Anatolijus Šenderovas gave a lot of attention to the sacred themes, using the stories and texts from the Old and New Testament in Hebrew and Latin. His music perfectly fits in the European new music context and is often performed by the Lithuanian musicians as well as performers from the other continents.

Anatolijus Šenderovas (1945-2019) studied composition with Prof. Eduardas Balsys at the Lithuanian Academy of Music, graduating in 1967, and simultaneously pursued composition studies with Prof. Orest Evlakhov at the St. Petersburg Nikolai Rimski-Korsakov State Conservatory. In 1990, he was on the Samuel Rubin Israel Academy of Music (Tel Aviv) Scholarship. Anatolijus Šenderovas' artistic accomplishments have garnered him the Order of the Grand Duke of Lithuania Gediminas (Knightly Cross) in 1996, and the Order of Merit to Lithuania (Officer's Cross) in 2006, as well as the Lithuanian National Prize in 1997. The composer is a prize-winner of several composition competitions: in 1993 he was awarded 2nd Prize at the International Composition Competition in Prague for the composition "Der tiefe Brunnen..."; in 1994 he received a diploma at the International Witold Lutoslawski Composition Competition in Kil, Sweden, for "M. K. Čiurlionis' Sketches". In 2002 Šenderovas was awarded the European Composer's Prize at the 'young.euro.classic' festival in Berlin for the Concerto for cello and orchestra "Concerto in Do". In 2005 he won the Prize for the best stage work (ballet "Desdemona") at the composers' competition organized by the Lithuanian Composers' Union, in 2012 another prize for Concerto for Cello and Symphony Orchestra No.3 at the same competition. In 2008 the composer was awarded the prize of the World Intellectual Property Organization (WIPO).

Penetrating in expression, Anatolijus Šenderovas' music displays a rich palette of timbres, dynamics and textures. A powerful dramatic element combines with an expansive sense of time. The composer was not attached to a single composing method; essentially characterized by moderate modern idiom, his music utilizes a variety of contemporary composing techniques.