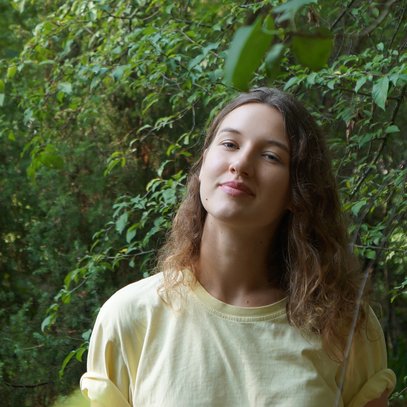 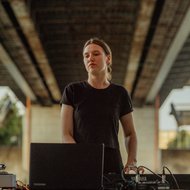 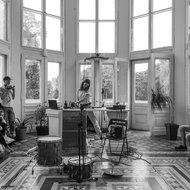 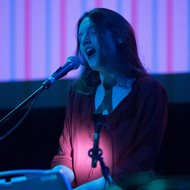 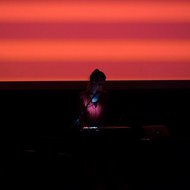 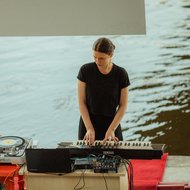 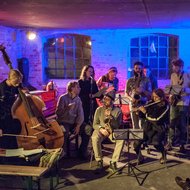 Jūra Elena Šedytė, who sees herself as a composer, performer, and improviser, tries to avoid any framing that would restrict her to certain forms or put barriers in constant search for the interaction of sounds. Her interest in sound transformation over time and in ties linking voice and electronics with all kinds of visualisation often deal with the issues of human psychology, social behaviour and self-reflection. Her shows are not limited to performing music, therefore she employs elements of theatre and movement in order to knit together images and sounds. Minimalistic synthesizer melodies, electrified rhythms, modified feedback humming, and vibrations and singing, supplemented with the elements of spoken words, are her principal tools of composition.

Ready When You Are

X
Ready When You Are

Far Away but Ever Closer: Young Lithuanian Composers Abroad - Nice to Meet You

X
Far Away but Ever Closer: Young Lithuanian Composers Abroad - Nice to Meet You

Born in 1995, Jūra Elena Šedytė, a composer, performer, and improviser of the youngest generation, often finds her name in the programs of Druskomanija and Jauna Muzika, the festivals dedicated to new music, while her intention “to find out how music influences humans” may be considered a declaration leading to some sort of uniqueness.

She began her compositional journey and exploration of sounds while still at the Lithuanian Academy of Music and Theatre, where she studied composition with Mārtiņš Viļums. After joining the Erasmus student exchange programme, she went to the University of Music and Performing Arts in Vienna to study composition of electroacoustic music. In 2020 she collected her master’s degree at the Rhythmic Music Conservatory in Copenhagen. Recently she has organised several of her own solo concerts and joint performances in Vilnius and Copenhagen.

Although her first attempts in composition bore some lining of academism, soon she opted for electronics – quite organically, she maintains. Her music combines elements of electroacoustics, pure electronics and collage composition. If you are a listener, never expect to simply listen and observe as you will inevitably be invited to become a part of her experiment, show or story. Far from being ascetic, Šedytė considers herself a member of the sociocultural community keen to explore, by means of her music, the ties between humans. By bringing together acoustic instruments with different forms of experimental electronics, and by integrating performative elements of movement, acting, and singing into some of her performances, she creates projects reminiscent of the New Age music. Minimalistic synthesised melodies, electrified rhythms, modified background humming, vibrations and singing, supplemented with the elements of spoken words, are her principal tools of composition.

She is an eager participant of interdisciplinary projects involving other art forms, such as theatre, cinema, visual arts, contemporary circus and dance. In 2017, in collaboration with composer Andrius Šiurys, she wrote music for Rozetos akmuo (Rosetta Stone), a show of movement and interactive sensory projections. In 2019, together with a group of other artists, she launched Glaistas (The Filler), a sonic experience produced by Operomanija inside the former Jewish Ghetto in Vilnius. A year later, the show was nominated for the Golden Cross of the Stage, a prestigious national theatre award, in the category of Theatrical Experience of the Year.

In addition to that, Šedytė gives solo performances, mostly dedicated to music produced by voice and electronics, such as No Room Will be Empty if Your Brain is Full, and Dinosaurs for Ana. She eagerly delves into psychology and social life by employing elements of theatre, movement, and visual arts. The 2017 compilation of music by the nation’s young composers released by the Music Information Centre Lithuania Far way, yet ever closer: Lithuania’s young composers abroad features Nice to Meet You by Jūra Elena Šedytė.

As far as her singing practice is concerned, life in Copenhagen offered her a broader perspective in the form of working together with Strangement Society and other vocal and instrumental ensembles. In Lithuania she sticks to experimental vocal music by exploring non-conventional use of voice, improvisation, electronics, and writing vocal pieces.