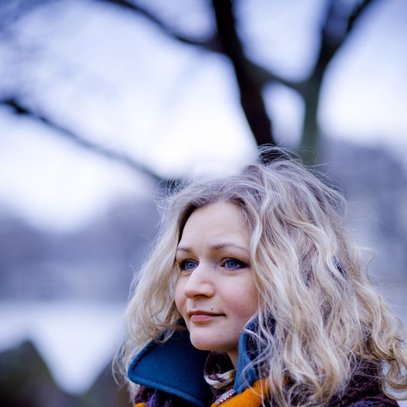 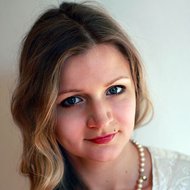 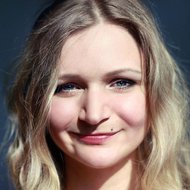 The music of Justina Repečkaitė has many similarities to a diamond. With its hard unforgiving shape and geometric perfection, it creates a profound and striking beauty, which singles her out from many composers of her generation. The composer’s work is highly modernistic giving almost nothing away to the listener, but in its boldness drags the audience along with her. The fascination with the end of medieval world is one of the driving forces behind her and has led to the production of many works. Profound and elegant ideas have constantly been a key defining feature of the composer’s work. Be it the sonoristic and proportional qualities of Chartres or Pilastres (2013), or the pin point pierces of Acupunture or Acupressure (2014); her music is unforgiving in its statement and fearless in delivering its message. The strength of idea, originality of colour and concept, and sheer ruthlessness in delivery make Justina Repečkaitė a force to be recognised in Lithuania and further afield.
Ben Lunn

Justina Repečkaitė (b. 1989) has already enjoyed a successful and expansive career as a composer, with works being performed by leading ensembles including Ensemble Intercontemporain, Ensemble 2e2m, Ensemble Court-Circuit, Collectif Warn!ng (France), Moscow Contemporary Music Ensemble and Spectra Ensemble (Belgium).
Currently, she is residing and studying in Paris under the guidance of Jean-Luc Hervé. She previously studied composition with Osvaldas Balakauskas and Ričardas Kabelis in Lithuanian Academy of Music and Theatre as well as she was studying with Stefano Gervasoni in Paris Conservatoire where Justina Repečkaitė also attended classes on improvisation, singing both contemporary and medieval improvisations.
In 2013 Justina Repečkaitė won the ‘Debut Prize’ for her string orchestra work Chartres (2012) at the competition of the best music compositions of the year held by the Lithuanian Composers’ Union, this same work was also recommended by the 60th edition of the International Rostrum of Composers and selected for the ISCM World Music Days in Slovenia 2015. Her Chartres was released in the promotional series of the Music Information Centre Lithuania Zoom In, 10th edition, which presents the most prominent new music from Lithuania.
Justina Repečkaitės’s music has been played in the Manifeste Festival (Paris), Gaida Festival (Vilnius), Music of Changes Festival (Klaipeda), Druskomanija Festival (Vilnius-Druskininkai) and at the Moscow Philharmonic.
The composer has a few constants but one hard-hitting constant is the strength of ideas and dependence on the concept. The ideas and concepts are so solidly thought through, that often the ensemble is affected by it. This has led her to writing music for a variety of ensembles from homogenous ensembles like string orchestra or cello octet, to disjointed and fractal ensembles like mezzo-soprano, flute, trumpet, harp, and contrabass. These huge contrasts in writing have continued to further Justina Repečkaitė’s ingenuity.
Justina Repečkaitės’s motto ‘manuscripts don’t burn’ (quote from Mikhail Boulgakov’s book The Master and Margarita) is a constant reminder of the responsibility, which an artist should hold for the quality of the material; which they make available to the public, embedding them to listener’s minds and so making them indestructible: ‘fireproof’.  In order to crystalize a compositional structure she is codifying her ideas into a visual form. This concentration of musical material would allow her to reproduce the music if the scores (manuscripts) were ever destroyed. These visual keys not only justify the composer’s need for geometric precision in her music, but also give her music a second life as visual tapestries or frescoes that depict the unheard music. Her award winning work Chartres is a fine example of this approach. The key is shaped to mirror the stained glass window and focuses on the medieval proportions of 6:8:9:12. This visual manifestation also has a similar characteristic of a mandala as it draws the viewer into the centre of the image.
Lithuanian composer and cultural critic Šarūnas Nakas has described Justina Repečkaitė’s music in his radio programme The New Draughts (Naujieji skersvėjai) as follows: “Repečkaitė cultivates particularly strict manner of writing. In this kind of music every move and detail is accurately prospected, the primal conception develops in to a well calculated system where all important aspects are balanced. Even music written for small ensembles has a degree of monumentality, as if it was a realization of designs dictated by higher powers. Repečkaitė’s musical language is complicated, but clear and readable. Gravitational waves ruling a piece determine ruthlessness’s of this aesthetics and there is no attempt to daydream or spend any time in the state of beauty.  It is an intellectual move whose orbit is drawn with the sharpest pencil.”
This intense pursuit for integrity and originality means Justina Repečkaitė will continue to flourish and push her music further.
Ben Lunn
Results found: