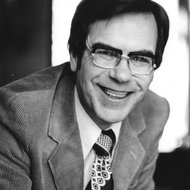 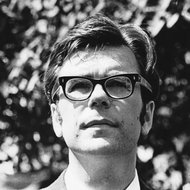 In the 1960s Vytautas Montvila (1935–2003) was one of the most active modernizers of the Lithuanian music. He oscillated between the novel international techniques in composition, such as micropolyphony, aleatory, serialism, sonorosim, pointillism and the archaic regional ethnic music, specifically sutartinės (ancient polyphonic chants). The elements of Lithuanian folk music have infiltrated his work on the different levels. They served as inspiration for the tone sequences, their peculiar sound influenced the sonorities in his sonatas, and the melodic splits served as basis for the construction of thick polyphonic layers in his symphonic triptych Poems of Vilnius (Gothic, Choruses, and Festive). All the above paved his creative trajectory towards the neofolklorism domain and was a way of paying homage to the past of ethnic culture.

In 1954 Vytautas Montvila (1935–2003) graduated from the Juozas Gruodis Music School in Kaunas, where he played the bassoon and went on to master the instrument at the Lithuanian National Conservatory (present day Lithuanian Academy of Music and Theatre) with Prof. Kazys Paulauskas. After graduating in 1959 he stayed at the Conservatory for five more years to study composition with Prof. Julius Juzeliūnas.
In the years 1959 to 1975 he worked for the Radio and Television Committee (present day Lithuanian National Radio and Television) as a music editor at first and later as a sound engineer. In 1975 through 1999 he worked as a sound engineer for the Lithuanian Composer’s Union.
After graduating from the Conservatory, Montvila began his independent exploration of the Lithuanian folklore and by doing so developed his individual aesthetic, where the bigger part of his work belongs to the neofolklorism movement. With his music, at the core of which were the sutartinės the composer aimed at preserving the memory of the ethno-musical past. The sutartinės were of a twofold significance for him: on the one hand he was inspired by their archaic intonation and sharp rhythms, and on the other hand he actively explored their softer side, their lyricsm and songfulness.
He often blended the ethnic soundscapes together with rhythmic and melic qualities with the 20th century avant-garde techniques, such as serialism, aleatory, pointillism and sonorism. Such interest in the avant-garde methods is particularly evident in his works from 1966 and 1967, such as Cosmic Ballade (Kosmoso baladė) and Sonorities (Skambesiai) for piano, song cycle Amity (Bičiulystė) and a string quartet Hands-Birds (Rankos-paukščiai). Instead of the ethnic material, however, in these pieces we hear yet another trait of his creative language, that is the emotional reaction to the visual stimuli, e.g. Mikalojus Konstantinas Čiurlionis’ painting (in his Amity), the canvas of Kazys Šimonis (Sonorities) or even the architecture of the Vilnius Old Town (Gothic Poem, 1970). Due to their graphic qualities, his various compositions were chosen for the soundtrack to the documentary about Vilnius By The Tall White Towers (Prie aukštų baltųjų bokštų).
Nevertheless, even in his avant-garde music the composer never fully abandoned the ethnic music backbone, for he often used sutartinės to form tone rows and borrowed keynotes from folk songs, as in Dainava Triptych (Dainavos triptikas, 1966), Three Harvest Songs (Trys rugiapjūtės dainos, 1967) for mezzosoprano and piano, Three Herding Songs (Trys raliavimai, 1969) for soprano and flute and Samogitian Songs (Žemaičių dainos, 1968) for soprano and piano.
Similar tendencies are found in his piano music, especially in his piano sonatas, such as the Towers (Bokštų, 1979), the Dawn (Aušros, 1984) and the Sea (Jūros, 1985) sonatas. Many of his works are written for voice with the instrumental accompaniment or chorus and set to the texts borrowed from folk songs, while the titles often refer to the folk genres or have other ethnographic implications. The significant number of such works speaks to his attention and respect for the ethnic music and culture. In 1981 for his arrangement of the Lithuanian folk song The Mountain (Kalnas) Montvila was awarded a second Stasys Šimkus prize.
In the late 70s the composer took a step back and ventured into a more neoromantic realm. Sutartinės stopped being at the center of his work and were regarded with more ease and imagination, often shortened and dissected. This period is characterized by a greater attention towards the overall sound; his music became more sonorous (as in the aforementioned piano sonatas (1979–1985), Concerto for Piano and Orchestra (1980), Sonata of the Altar (Aukuro sonata, 1982) for three kanklės (Lithuanian folk instrument), and Organ Sonata (1983).
Montvila has also written works for a light music orchestra, music for a theatre play at the Šiauliai Drama Theatre The Twelve Brothers, Twelve Black Ravens (Dvylika brolių juodvarniais lakstančių, 1975) and a soundtrack for a Lithuanian television drama The Neighbors (Kaimynai, 1980).
Paulina Nalivaikaitė
Results found: