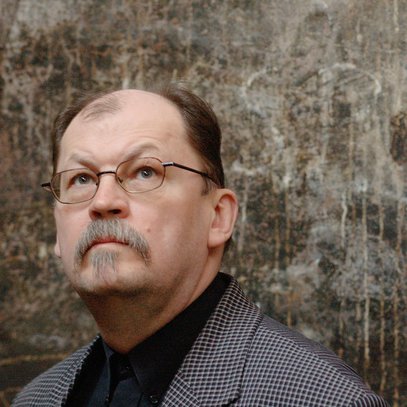 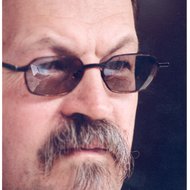 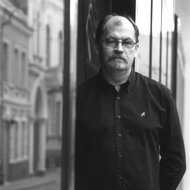 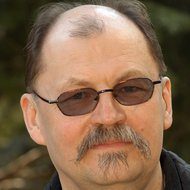 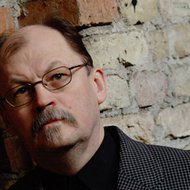 Algirdas Martinaitis is a true type of a romantic creator also in his heart, and remains being such in spite of his recent digressions. Back in the late 70's, when he made his debut together with the like-minded composers of 'neo-romantic' generation, his nature-inspired chamber compositions were distinguished for their exceptional poetic sensibility and deep emotional impact. This 'nature cycle' culminated in Cantus ad futurum (1982) – chamber cantata-concerto, acknowledged as one of the most important works in Lithuanian music of the late 20th century, becoming a manifesto for that whole generation of composers. Another cycle of chamber works followed in the beginning of 90'ies, called The Book of the Beginning and the End. The images of evil, bestiality and the Last Judgement replaced a sad beauty of withering trees, drying rivers and vanishing birds. In his recent works, the composer consistently provokes reflection on the boundaries of authorship, opposing the categories of individuality and originality with allusions to banality, mimicry, and repetition. Another important and completely different part of his recent oeuvre is religious music.

The Book of Living Nature - Cantus ad futurum: Canon of the Left Wing

The Book of Living Nature - Birds of Eden

X
The Book of Living Nature - Birds of Eden

Algirdas Martinaitis (b. 1950) studied composition with Prof. Eduardas Balsys at the Lithuanian Academy of Music, graduating in 1978. In 1987-90 Martinaitis worked at the Russian Drama Theatre, and in 1995-98 served as a music director at the Academic Drama Theatre. He was among the first Lithuanian composers to receive the highest national artistic distinction - the Lithuanian National Award - in 1989. He was hailed the Best Theatre Composer of the Year in 1997 (St. Christopher Prize), 2008 (Golden Stage Cross), and 2012 (Golden Stage Cross). In 2004, his multimedia performance The Prayer of the Faithful Word was announced the best electro-acoustic composition at the composers' competition organized by the Lithuanian Composers' Union. In 2010 the composer was awarded the Prize of the Municipality of Vilnius, for his merits to cultural life in Vilnius. In 2011, he became the first recipient of the M.K.Čiurlionis Prize awarded by the Lithuanian Composers' Union.

Having made a name for himself with his early chamber pieces ("Music of the Last Gardens", "Birds of Eden", "Cantus ad futurum"), Algirdas Martinaitis came to be known as a composer of poignantly introspective and nostalgic music, often fraught with impulsive, poetic character. The composer speaks in meditative undertones, charged with expression and tranquility, with subtle and pithy intonations combining active rhythms and asymmetric sound structures.

Later in his career, Algirdas Martinaitis in an attempt to testify to his independence, turned towards "new animality" (as the composer puts it himself) and created the impressive "Book of the Beginning and the End". It is a cycle consisting of 8 independent parts, ranging from Orwellian satirical newspeak in "Seven Animality Commandments", to the theatrically hooting sirens and electric grindstone in "Arma Christi", or "Abaddon" permeated with biblical motifs.

Martinaitis often speaks with irony of the strive for technical mastery and absolutism of the composer's craft, and calls his creative method "nonsystematic" music or "writing by hand". His "technique" enables him to synthesize extremely diversified material: sound world inherent in the Lithuanian folk music, personal impressions of the oriental cultures, theatrical gestures, and "documentary" fragments of musique concrete. According to the composer, the synergy of verbal, musical and visual mediums, with recognisable rhetorical figures acting as unifying agents, are especially important in his music. In the pieces of the past decade, Algirdas Martinaitis has followed a new path by inviting the music from the past with which he feels spiritual affinity, rethinking and commenting on the works of his favourite composers.