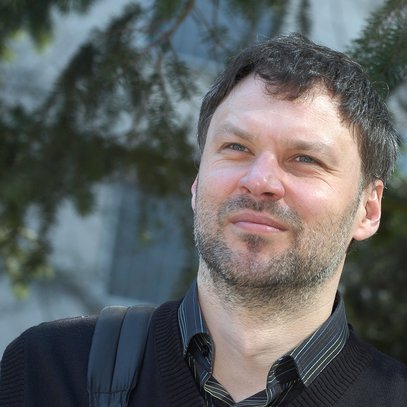 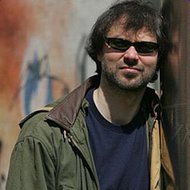 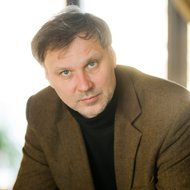 In his music Tomas Kutavičius combines an experience of a jazz pianist with a rational mind and structure. The composer pays special attention to rhythm: inspired by jazz improvisations he employs syncopated rhythmic motifs, which serve as building blocks of structure of his compositions. These blocks of improvisatory nature are combined into longer, rhythmically irregular modules, which results in a truly virtuosic writing. Homorhythmic patterns are interspersed with polyrhythmic ones, where several layers of dissimilar rhythmic energy occur simultaneously. Nevertheless, despite the harsh rhythmic articulation, idiosyncratic melodic contours and the tendencies towards classical forms, the overall musical landscape of T. Kutavičius pulsates with freedom of improvisation. Despite being closely related to the minimalist aesthetics, the music of Kutavičius often travels across its stylistic boundaries, emanates a peculiar energy and a wide range of emotions.

The composer and pianist Tomas Kutavičius (b. 1964) studied academic music and jazz at the National M. K. Čiurlionis School of Art, the Vilnius Conservatory and later at the Lithuanian Academy for Music and Theatre (with Prof. Ričardas Kabelis).

At the Conservatory Kutavičius discovered his interest in jazz and in 1994 he received a scholarship to attend the Akademie Schloss Solitude in Stuttgart where he explored jazz and contemporary music scenes, as well traveled all around Europe as part of his academic program. Being a skillful pianist, capable of combining classical and jazz techniques and sometimes adding vocals to his music, he began a performing career. He continues to perform today and often collaborates with famous jazz artists and makes appearances at the international jazz festivals.

Kutavičius often plays his own music. His first piece, Conversation with My Soul for chorus and jazz band (1991) was presented at the Kaunas and Vilnius jazz festivals, and two years later at the Willisau Festival in Switzerland. His later works were played at the Lucerne Festival, St. Christopher Summer Festival (Lithuania), Bremen Philharmonic Hall, etc. His works were also played at the Anthology Film Archives in New York and were captured on tape by Jonas Mekas himself.

His academic music tends to be well received by critics and performers. His body of work encompasses different genres: from vocal miniatures, through chamber pieces to choral works and symphonic music.

His early compositions, alongside jazz and concert music, included dramatic works, many of them for children, including ballet We Play Hopscotch, We Play Chess (1996), musicals Jeronimas’ Fairy-tales and The Horse and the River (1997), operas Snake’s Eyes (1999), Carmen Songs (2003) and Little Longnose (2005). Next to concert repertoire, his body of work also includes incidental music for drama and dance shows, written for the Dora, Juozas Miltinis and Lithuanian National Drama theatres (e.g. Mermaid (1998), Sakura in the Wind (Tokyo, 2004), etc).

The stylistic evolution of Kutavičius’ artistic language witnessed a departure from tonal theatre compositions towards rational, yet still very ‘improvisatory’ sound. Having a strong background in jazz, the composer borrows syncopated rhythms and groups them into a kind of ‘foundation blocks’. They are later combined into longer, repetitive and rhythmically irregular segments that result in truly virtuosic scores, based on either rhythmic unison as in Three by Nine for 12 flutes (2008), Triplum for violin, double bass, string orchestra and live electronics (2009), Signum for violin, cello and prepared piano (2010), or a combination of dissimilar and idiosyncratic rhythmic layers (Mentha piperita for flute, viola and harpsichord (2014)).

The rhythmic precision, idiosyncratic melodic contours and the underlying classical forms do not prevail over the dominating air of improvisation. Although mimicking the minimalist aesthetics, the music of Kutavičius often escapes its stylistic boundaries, emits distinctive vibe and character, and expresses a wide range of emotions. The qualities outlined above are vividly present in his Divine Madness (Theia mania) for piano and symphony orchestra. The work was selected as one of the best pieces composed in 2013 at the Composition of the Year awards organized by the Lithuanian Composers’ Union.

As a group member