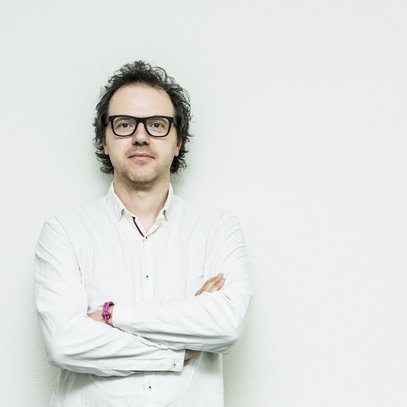 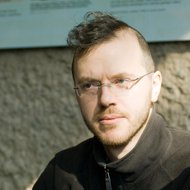 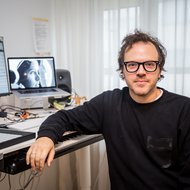 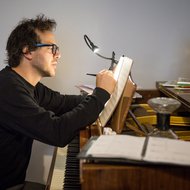 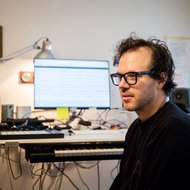 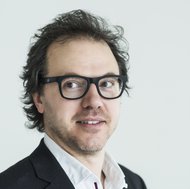 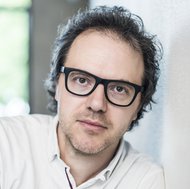 Jonas Jurkūnas, a chameleon-composer who is successfully changing his creative ‘skin’ from traditional score writing to electronic sound experiments, soundtracks for theatre and cinema, popular culture, background music and, rarely but eagerly, interdisciplinary collaborations that offer opportunities to link his diverse experience. Stylistically, his music finds itself in the neighbourhood with postminimalism and new tonality. Very often he uses simple sound patterns, pulsating with rhythms, as his creative start-up while searching for new or already forgotten timbres and expressions. These are the minimalist strategies which the composer weaves into his music together with experimental or club-style electronics, ambient stylistics, as well as elements of jazz, pop or even romantic music.

Jonas Jurkūnas (b. 1978) started his music career by taking classes in jazz guitar and improvisation. Eventually he studied composition with Prof. Vytautas Barkauskas at the Lithuanian Academy of Music and Theatre and continued his master’s studies with Dr. Rimantas Janeliauskas. From 2002 to 2003, he took a course in the electro-acoustic and instrumental composition at the National Conservatory of Dance and Music in Lyon, France, his tutors being Denis Lorrain and Robert Pascal. He also took a number of additional master classes in composition, lead by Louis Andriessen, Meredith Monk, and the Bang On A Can group.
As a composer, Jonas has presented his works at a number of festivals of academic and jazz music in Lithuania, France, Italy, Holland and the United States. Since 2008 he has been a member of the Diissc Orchestra, a Lithuanian ensemble dedicated to electronic music. Their debut album, D.O., featuring Jonas’ composition Call Estella, was awarded by the Lithuanian Composers Union as the best recording of the electro-acoustic music in 2008. In 2017 formed Electronic Music Trio, together with Martynas Bialobžeskis and Andrius Šiurys.
Jonas is a composer keen of discovering and exploiting very different layers of musical creativity. He has worked with many styles and genres, from art music to a television jingle and from sound experiments with vintage Lithuanian synthesisers Venta to a trendy pop song for a motion picture soundtrack. He has taken such twists and turns almost for granted since his very first steps in music.
His creative strategy is similar to postminimalism as he often employs simple sonic patterns, repetitive structures and rhythmic drive while finding himself in a constant search for new and forgotten timbres. His soundtracks for short films offer faint hints to the music by the American film score composer Thomas Newman, while the sound of his chamber and orchestral music is often reminiscent of Bang on a Can or the transformations of Michael Nyman’s minimalism. Jonas Jurkūnas often employs bristling rhythms charged with rock-like energy and combined with a nearly aggressive sound of instruments. These are the minimalistic strategies which the composer weaves into his music together with experimental or club-style electronics, ambient stylistics, as well as elements of jazz, pop or even romanticism.
Asta Pakarklytė
Results found: