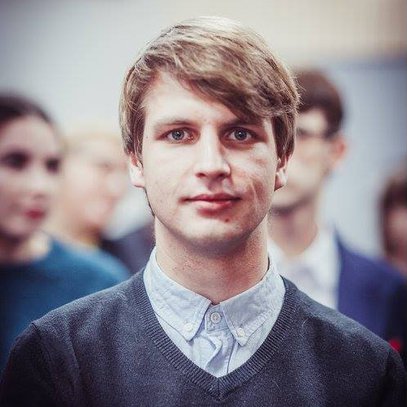 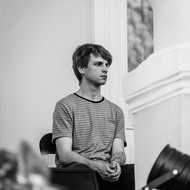 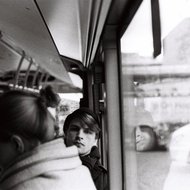 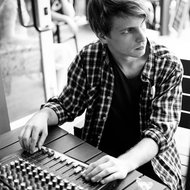 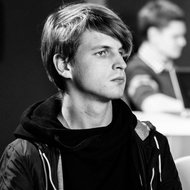 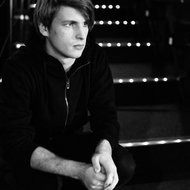 The music of Dominykas Digimas is ascetic, never congested with too much fabric, concentrated. To an extent his works can be described as introverted; they encourage self-assessment and submerge in a subjective reflection. Characteristic is also a sense of unique, hovering melancholy, which he presents in slightly altered forms in his various works. It manifests itself in different ways: sometimes an accordion imitates the sounds of a traditional Japanese Shō (Sakura–no–hana, 2013) and at times it is prompted by the solitary sound strolls through the city soundscapes (Walking Through the Three Points, 2016). This emotional palette has been a part of the composer’s voice since the beginning and is characteristic of almost all of his works.

as it came into my little attic

X
as it came into my little attic

Dominykas Digimas (b. 1993) is a composer of the youngest generation, a curator of festivals and various events, an active participant of diverse projects. Soon after enrolling at the Lithuanian Music and Theatre Academy, next to pursuing composition, he presented himself as an event coordinator by organizing showcases of his fellow composition students, partaking in the creation and establishment of the contemporary music ensemble Synaesthesis, and eventually taking over the co-leadership of the ensemble in 2013. Together with the likeminded peers he founded an electronic music festival Ahead, and in 2016 joined the management team of the Druskomanija Festival.

Digimas graduated from the Lithuanian Music and Theatre Academy in 2016 where he studied with Rytis Mažulis. His compositions have been performed in Lithuania and overseas by such ensembles as Ensemble Garage (Köln), NAMES (Salzburg), and numerous Lithuanian performers, including LENsemble / Lithuanian Ensemble Network, ContemporACCO, Synaesthesis, Thirty Fingers Trio, and St. Christopher Chamber Orchestra. The composer is an active figure in contemporary and electronic music scene, participating in such festivals and projects as aXes – The New Music Triduum (Cracow), Druskomanija (Vilnius, Druskininkai), Ahead (Vilnius), Crossroads (Salzburg), and International Accordion Festival (Vilnius). He has been advancing his skills at numerous creative workshops, including Connections in Vilnius (drawing on experiences of the composers John Woolrich and Philip Cashian), N+ECA in Riga, Composers+ Summer Academy in Raudondvaris, and others.

The Eastern influences have perforated his field of artistic vision early on; the personal fondness and attachment, although not dominant, is particularly evident in his early works. Nevertheless, he does not endeavor to appropriate the Eastern elements in his works, and thus avoids tacky clichés. Altogether, it is not his intention to overindulge in one area of interest; Dominykas Digimas is captivated by various objects and phenomena, and his creative process is an attempt to express his own perceptions of them.

The spectrum of such phenomena is built upon a couple of subjects, befitting of his self-reflexive creative style. He adopts psychoanalysis and related concepts as subject matter in many of his compositions. A theme of object-to-subject transition is frequently observable; Transference (2016), for instance, is about a Jungian connection between a therapists and a patient; REM (2014) deals with a sleep phase - a special stretch between the dream and reality that leaves mere footprints in the sub-consciousness; no sense (2016) is a state between mourning and melancholy.

A form of transitionary phase is also apparent in his piece playing chess in Antarctica (2017). The work strikes particular curiosity for its links to the aesthetic notion of the sublime; according to the annotation, it is a piece “about a monumental iceberg and a game that leads nowhere”; however, the sublime presents itself in the powerlessness of small things against the immense processes. The allegory of the game points to the aesthetic idea of disinterestedness, which to the composer means something akin to cleanliness. This imperative is what separates Dominykas Digimas from Raminta Šerkšnytė or Wolfgang Rihm in their treatment of nature and the sublime. For Digimas, the glacial air is more important than engagement; the observation occurs without taking one’s breath away, and the potent instrumentation and psychological drama are redundant here.

Dominykas Digimas often describes his own works as if they were drawings, or painting-like episodes. Indeed, his compositions tend to exhibit some links between thinking in images and the internal senses, between the emotion and sound colors. According to the composer himself, his works are “musical expressions of emotional states or contemplations”. The composer’s musings vector towards a conclusion that an emotional hues inevitably overlap with the listener’s own experiences, and on some aesthetic level resonate with particular situations and moods.

Some of his pieces demonstrate the aforementioned tendencies in more pronounced and intricate ways, as in a little off the ground (2017). Here the inspiration comes from an almost phenomenological state of mind: an observation of the process of comprehension, an action that requires critical scrutiny, which is a recurrent theme in Dominykas Digimas’s works, either in a form of psychoanalysis, transcendence of consciousness or Zen Buddhism – all ‘painted’ with string overtones, subdued culminations, and the organ-like tranquility of the accordion.