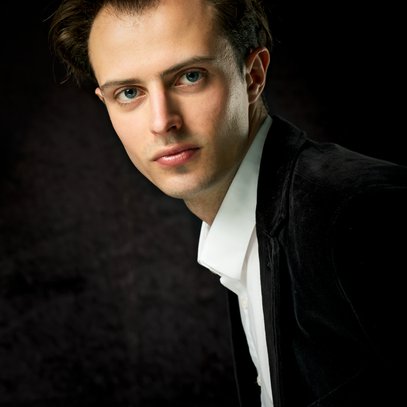 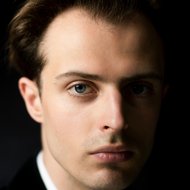 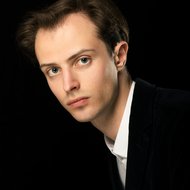 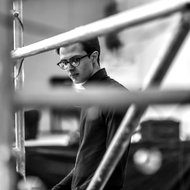 It is music that is born of tradition, extends it and even declares it. The work of the composer, who studied in Vilnius and London, began with a historicising approach to sound. He did not sought to be modern in the true sense of the term, but to convey through himself what is already known and close. The stylistic collage characteristic of his first, acoustic, works was useful for refining the independent musical thought and selecting the emerging priorities. After taking a closer look at the tradition and, undoubtedly, making it the foundation for his further work, the composer gradually moves away from the influences of the past and approaches post-spectral expression. Acoustic sound is very naturally complemented with electronics (please leave your message after the tone, 2020), the timbre inevitably becomes the axis of musical language, enjoying its ability to compile textures, generate the expression of a hybrid nature and manipulate the continuity of time. The principle of collage remains a creative paradigm, but it is transferred to a plane inherent to spectral and post-spectral music – the game with timbral substances, dynamic transformations of time, transitory states of sound objects.

Kristupas Bubnelis (b. 1995) is a young Lithuanian composer. Having tried his hand at various styles and genres, the artist recently combines the devices of post-spectralism and post-structuralism, the improvisational and experimental sound generation processes. He has composed for symphony and chamber orchestras, ensembles, and solo instruments. His works have been performed in Austria, Denmark, Indonesia, the United Kingdom, the Netherlands, France, Sweden and Germany.

In 2020, the composer has graduated with honors from the Royal Academy of Music in London (composition classes of Prof. Rubens Askenar and Edmund Finnis) receiving Master’s Degree, and was awarded the prestigious DipRAM Diploma for his outstanding portfolio of compositions. In  2019, he received Bachelor’s degree from the same institution (composition class of Prof. Christopher Austin), and was awarded the G. V. Turner-Cooke Composition Award, in 2017 – the Arthur Hinton Memorial Prize (2017). In 2016, his piece Hammers Without Piano won the first prize in the competition of new works for solo piano, organised by the Lithuanian Composers’ Union. In 2014-2016, Bubnelis studied in Lithuania with Prof. Ričardas Kabelis, and in 2012-2014, learned basics of composition in the lessons of Prof. Teisutis Makačinas, and in private consultations with prof. Rytis Mažulis.