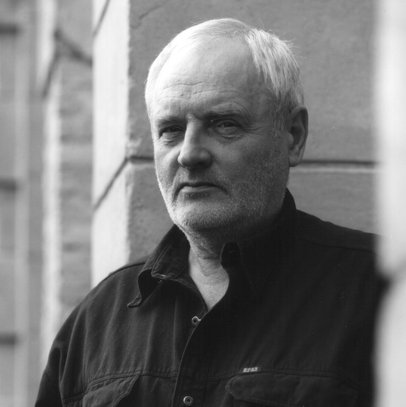 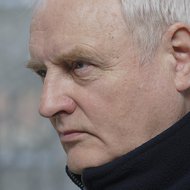 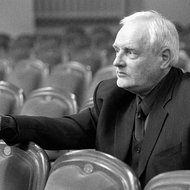 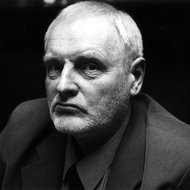 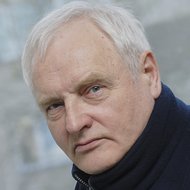 "With no strings attached, it's more important to be oneself, than to be understood," claims composer Feliksas Bajoras. Even at this venerable age, he remains unpredictable and surprises listeners with his original takes on traditional genres and forms, and unique blend of folk music and contemporary expression. Suite of Stories for voice and piano, Vilnius Quartet-Diptych, Sonata for violin and piano Years Gone By, oratorio The Bell Raising, the opera Lamb of God, Missa in musica for ensemble, and Exodus I and II for symphony orchestra – in these and many other distinctive works, the composer reached the pinnacle of his consistent style. As befits a typical figure of an uncomprising outsider, Bajoras gives utmost tasks both to himself and to the performers of his music. "In my music, one phrase seems to end, but before it does, another sprouts up," says Bajoras. "Only a performer unfettered by routine, can catch this moment."

Vilniaus Arsenalas. The Reflections of Space and Time 2 - Like the Mist Have I Been

X
Vilniaus Arsenalas. The Reflections of Space and Time 2 - Like the Mist Have I Been

Feliksas Bajoras (b.1934) began his musical education under Vincas Bacevičius in Kaunas. He studied violin with Prof. Alexander Livont (diploma in 1957) and composition with Prof. Julius Juzeliūnas (diploma in 1963) at the Lithuanian State Conservatory (present Academy of Music and Theatre). In 1965-1989 he was music director of the State Youth Theatre in Vilnius. Since 1966 the composer has received about 40 commissions for incidental music for theatre and cinema which later brought him numerous awards.

In 1968 his Variations for double bass solo and string quartet was awarded the Second Prize at the International Alfred Casella competition (in Naples). In 1981 the composer was awarded State Prize of Lithuania for the sonata "Years Gone By" and "War Songs" ("Grow, Grow Green Birch"). In 1989 he received 1st Prize of Balys Dvarionas for his work Symphony-Diptych, in 1990 - 1st Prize in Jonas Švedas Competition for his work "Morning". In 1998 the composer was awarded Lithuanian Government Prize for the Arts, and in 2001 was awarded the Lithuanian National Arts and Culture Prize. In 2005 he won the prize for the best vocal composition ("Pater noster" for voice and strings) at the composers' competition organized by the Lithuanian Composers' Union.

Feliksas Bajoras is a modern, consistent and spontaneous follower of the "new folklorism". The authenticity of his music arises from mental links with Lithuanian ethnic tradition and folklore. The works by Feliksas Bajoras are nearly void of any folklore quotations, however, the genuinely national character of his music stems from the unique folklore treasures, the folk-like manner of performance and the Lithuanian "melody of speech" - the link between intonation and word. "All the motifs, rhythms, sounds and strokes of Feliksas Bajoras' music seem to be speaking in words, why not take and translate them", - wrote the musicologist Vytautas Landsbergis. Having mastered various modern compositional techniques, Bajoras does not make an attempt to form an individual compositional system, but highly organically continues to develop his own compositional method. "My task is to use as few notes as possible (...) Now I would like more concentration, peace and simplicity" (Feliksas Bajoras).

Feliksas Bajoras' Symphony no. 5 will be premiered at the Vilnius Festival to celebrate his 70th birthday