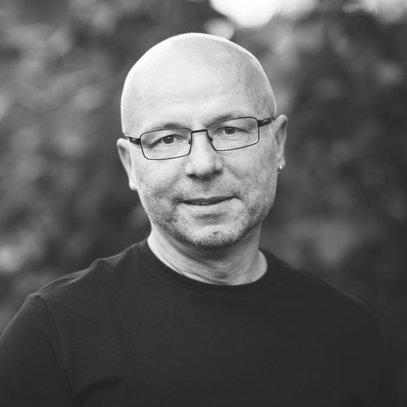 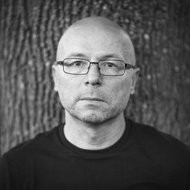 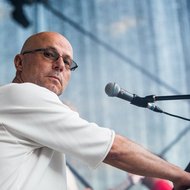 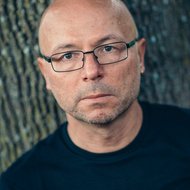 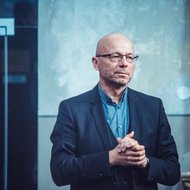 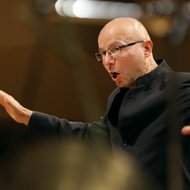 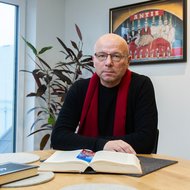 Vaclovas Augustinas is a versatile personality successfully working in various musical fields. An excellent choir conductor, he leads the Vilnius' municipal chamber choir “Jauna muzika” and is regularly invited to various international seminars of choir conductors and festivals. Augustinas also is popular as a choir music composer and arranger; various choirs and music publishers eagerly include in their repertoire his modal, repetitive, contemplative or ecstatic compositions that have won awards at various international competitions. Besides, the composer is a famous teacher at musical schools of various levels. He was also member of rock groups "Saulės laikrodis" and "Antis" (keyboards, vocal); after the reunion of "Antis" in 2007, he continued to compose songs and perform with them.

Darkness Is as Light to You - Put such a madness away far from me, O Lord

X
Darkness Is as Light to You - Put such a madness away far from me, O Lord

Vaclovas Augustinas (b.1959) graduated twice from the Lithuanian Academy of Music, receiving diplomas in choir conducting in 1981 (under Prof. Hermanas Perelšteinas) and composition in 1992 (under Prof. Julius Juzeliūnas). He was member of rock groups "Saulės laikrodis" and "Antis" (keyboards, vocal); after the reunion of "Antis" in 2007, he continues to compose songs and perform with them. From 1980 to 1992 Augustinas taught at the "Ąžuoliukas" music school. Since 1992 he has been chief conductor and artistic director of the Vilnius Municipality Choir "Jauna muzika". In 1993, as guest conductor, he participated in the Congress of Choirleaders in Växjö, Sweden. In 1996 he led master courses for choir conductors during the international festival "XVI Jardanos Coralistas Aragonesas" in Borja, Spain. In 1999 he delivered lectures and led the seminar at the world symposium of the International Choir Music Federation held in Rotterdam, the Netherlands. In 2014 Augustinas was appointed Head of the Composition Department of the Lithuanian Academy of Music and Theatre.

His works are being regularly performed in Lithuania and abroad at various festivals, concert venues and choir competitions. Among them, his "Hymne à Saint Martin" for double mixed choir a cappella was awarded 3rd prize at the international competition for choral works "Florilege vocal de Tours" in France, 1996, and next year "Stomping Bride" for mixed choir and instruments was performed at the congress of the Association of American Choir Conductors in San diego, California. In 2004 he was awarded the prize for the best choral work ("Lux aeterna") at the composers' competition organized by the Lithuanian Composers' Union, in 2006 - the Mūzų Malūnas Prize for his concert activities, in 2010 - the 1st prize (for Calm and Quiet) at the competition of choral composition, organized by the Lithuanian Folk Culture Centre and the Lithuanian Composers' Union. In 2010 Vaclovas Augustinas was awarded the Lithuanian National Arts and Culture Prize.

Choral works, naturally, represent the most significant and substantial part of his creative output. They often reveal composers' reluctance to depart from the major-minor system: one can find a few instances, where his harmonies, dominated by the third structures, seem to approach modal organization of pitches. In these works, rhythm and melodic contour are inextricably linked to phonetic and semantic characteristics of a given verbal text. Acoustic affinity serves as a basic factor for dynamic development of his forms.