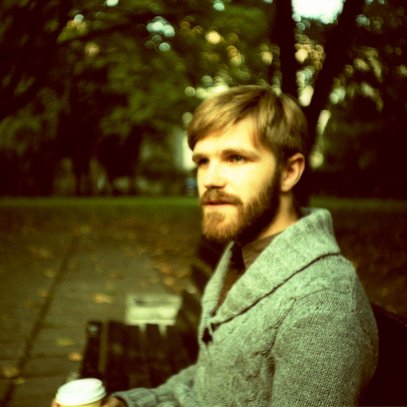 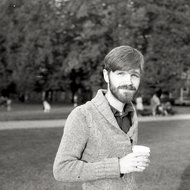 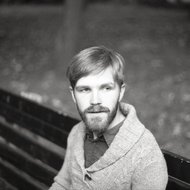 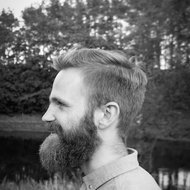 The works of Julius Aglinskas avoid clichés of the academic music. Like many of his peer composers who have not lived through political turmoil, Aglinskas shows tendencies towards the ideas of pluralism and individualism. His music does not serve as a platform for ideologies. On the contrary, from the very first piece, his compositions are imbued with something rather intuitive, exhibiting gestures close to those of the Anglo-Saxon music. At the same time they exude coldness and solitude. This aesthetic sentiment of melancholy does not, however, call for an excessive attention. The composer’s true self becomes evident in pieces composed in a meditative, ‘Feldman-esque’ fashion, injected with a dose of nostalgia. In his works based on repetition-of-the-same counting is nonessential and rhythm plays a minor role. It is an idiosyncratic and genuine expression of longing. The elements of structure obey, or are subjected to the acoustic status quo, without turning the piece into something concept-less and banal.

The New Net in Two

X
The New Net in Two

Julius Aglinskas (b. 1988) represents the new generation of composers, producers and audio engineers. His quirky approach to academic music distinguished him from others early on. His compositions show influences of genres outside the classical realm; they materialize in his music regularly, yet never prevail.

In 2014 Julius Aglinskas graduated from the Lithuanian Academy of Music and Theatre (LMTA), where he studied with Prof. Vytautas Barkauskas, and later with Prof. Rytis Mažulis. He also attended master-classes with Wolfgang Rihm, Andrew McKenzie and other acclaimed composers in Vilnius, Rostock (Germany) and the UK. In 2011 his composition for mixed chorus “The New Net In Two” won the Third Prize at the Vox Juventutis ’11 competition. In 2013 his composition scored for two keyboards “Fragmentai dviems” (Fragments For Two) was awarded the First Prize at the competition organized by the LMTA Centre for Music Innovation Studies and the Jauna muzika Festival.

The works by Julius Aglinskas were performed at different festivals, including Druskomanija (Druskininkai, 2010; 2012; 2013; 2014), Brücken (Rostock, Germany, 2011), Ahead (Vilnius, 2013) and Vasaros Klavišas Festival (Anykščiai, 2014). Recently, he began displaying his own organizational talents. In his hometown of Anykščiai Aglinskas organized a concert “Pasigarsink Anykščus” (Turn Anykščiai Up) with performances of advanced popmusic and modern folk bands. In 2014 he organized the „ Nonclassical Lithuania“, one of the events of the Vasaros klavišas Festival, that featured performances by Gabriel Prokofiev and Nwando Ebizie.

While still a student at the J. Tallat-Kepša Conservatory, the composer began collaborating with the emerging rock band Freaks On Floor and ended up taking up a role of the producer and sound engineer for their album “Hello Girls!”. Later, he became a sound engineer for the bands ba and Žalvarinis. He also worked at the Heineken Open’er, Rabarock, Vilnius Music Week, Velnio akmuo, Karklė, and other festivals.

The composer’s true self becomes evident in pieces composed in a meditative, ‘Feldman-esque’ fashion, injected with a dose of nostalgia. These aleatorically crafted compositions send the listener on a kind of a voyage.  Timbre, sonority and imagination become pivotal to his musical language. Nevertheless, Aglinskas’ composition “Σφαιρογραφία” (Sphairographía) for chamber orchestra demonstrates a sound aesthetic fundamentally different to his other works. In this piece the structure is critical. The music incarnates the spatial dimensions of the constellations from the Zodiac cycle. The significance of pitch height and the positioning of sounds in time and space result in a compositional manner related to the German tradition, and somewhat reminiscent of the stochastic system of Iannis Xenakis.

The works, such as „Vienas (kitimai)“ (One (Transformations), „Fragmentai dviems“ (Fragments For Two) and „Fragmentai simfoniniam orkestrui“ (Fragments for symphony orchestra) reveal the composer’s poetic sensitivity. In the epigraph to the latter the composer wrote: “On the street, in the city, or elsewhere… You meet people, the footsteps they walked, the words uttered, by god-knows who… For a moment you worry you’re talking to yourself… But the steps were yours and you have forgotten… The moment you felt, saw, contemplated, and lived in…  No beginning, no end, diluted in time – no beginning, no end… ”. These sentiments unfold through his subtle, sparing and colorful treatment of musical material, directed towards the listeners. Aglinskas adopted this style of composing at the beginning of his creative journey, and after departing briefly, appears to have embraced it afresh.