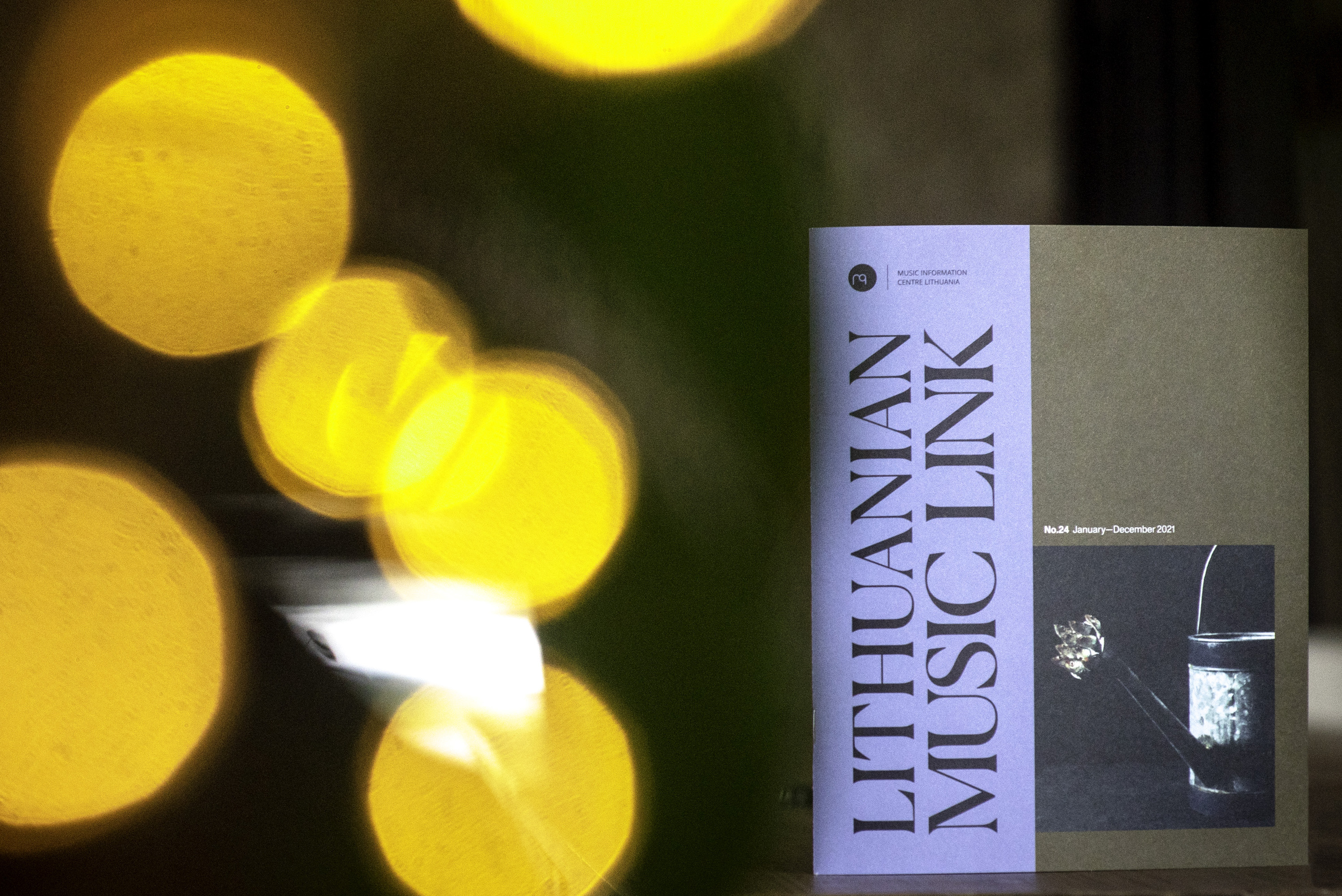 Just before the end of the year, the Music Information Centre Lithuania released its new volume of the Lithuanian Music Link, the online publication aimed at exploring the variety of developments on the nation’s different music scenes. The edition No. 24 offers a number of innovations, starting with its new editor-in-chief, Ilmė Vyšniauskaitė, who has taken charge from Asta Pakarklytė and Lina Navickaitė-Martinelli, and invited new members into her international team. The new design is by the graphic artist Iris Loi and features the photo by Tomas Terekas.

“This year, the main goal for my team and me concentrated around the search for the new angles that allow the analysis of the Lithuanian music both from within and the outside,” Ilmė Vyšniauskaitė said. “We have had a remarkably intriguing time while looking for writers, subjects and design to reflect on the year, but not just that. I am extremely happy with the QR-code solution employed in this volume that allows a seamless transit from texts to music and visual works, as well as the various performers and producers behind the many genres of music.”

The fresh edition of the magazine starts with Karolis Vyšniauskas’ interview with the composer Lina Lapelytė, who talks about the ways in which the Golden Lion Award has altered her artistic trajectory and outlines the new projects she has been working on most recently. Laura Kešytė writes about the industry of sound engineering and design in Lithuania, touching upon some of the challenges and outlining its four-decade-long history told through the lips of Giedrius Litvinas, Normantas Ulevičius, Rolandas Venckys, and Aleksandra and Vilius Keras. 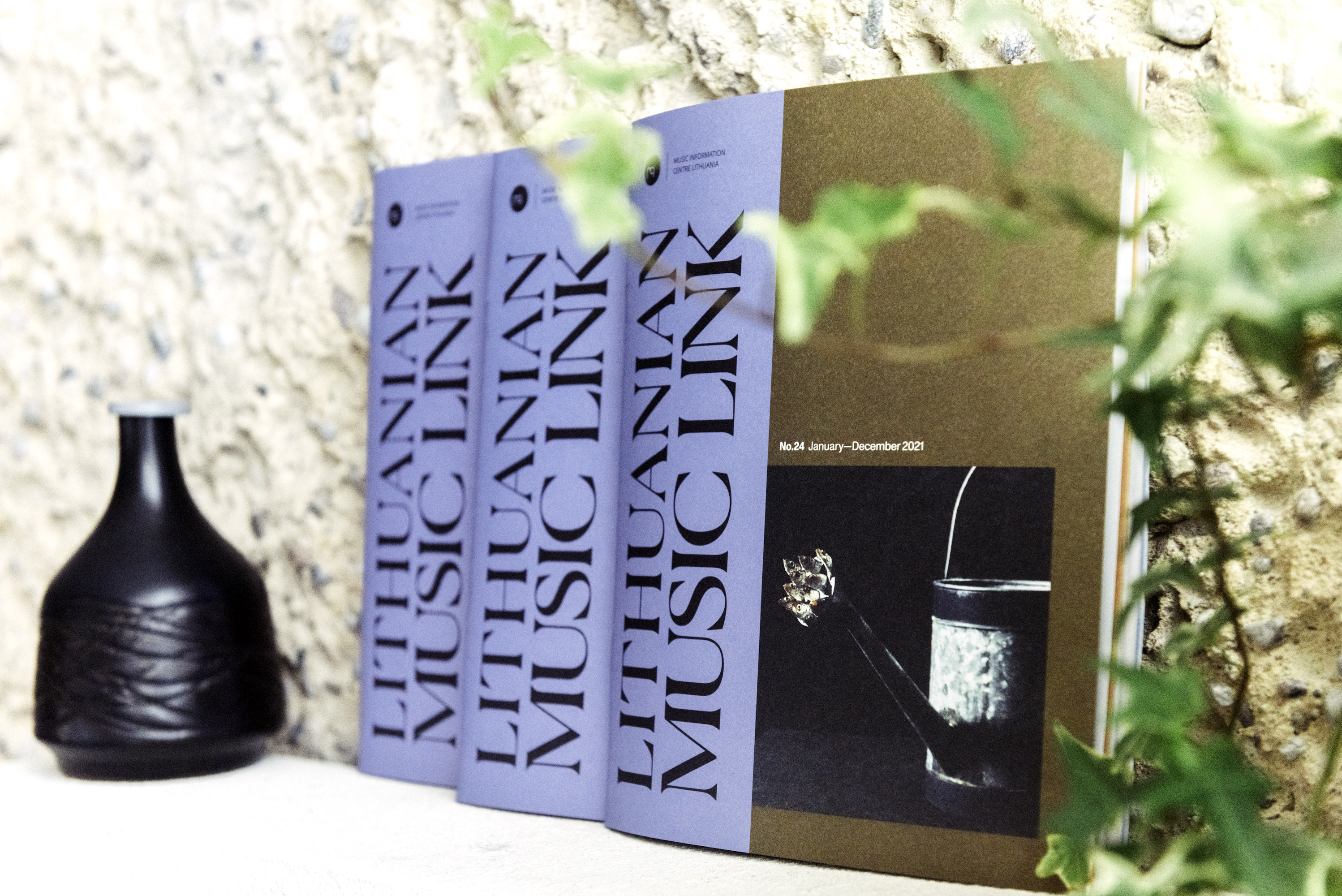 One of the new concepts within the publication reveals itself in the form of a review of theten Lithuanian albums of alternative music that “ruled” in 2020 and 2021, complete with the playlist. Written by Theo Triantafyllou, the pop-music pundit, it offers a more or less objective take by an outsider. Cellist and artist Anton Lukoszevieze’s article, centred around the letter R and the yet largely undiscovered music by Antanas Rekašius, might be seen a poetic and visual respite for the reader.

This year’s Lithuanian Music Link also includes three articles by our long-time contributors, who write about some of the most intriguing Lithuanian performers, musical phenomena, and festivals. Musicologist Rasa Murauskaitė introduces the Twenty Fingers Duo, an ensemble dedicated to new music, and their audio-visual projects, while Laima Slepkovaitė digs deep into the 15-year history of the Vilnius Jazz Young Power Competition, the event that has revealed a number of new big names of the domestic jazz scene. The edition ends with an article by the philosopher and musicologist Edvardas Šumila, who considers the link between radicalism and music in our murky times.

“We are ready to reflect on all the important developments in Lithuanian musical life and to introduce its greatest names,” said Radvilė Buivydienė, head of the Music Information Centre Lithuania. “I am extremely grateful to the Lithuanian Council for Culture, the sponsor of the publication, and the new team of the Lithuanian Music Link. What they have created is to become a major vehicle helping us export Lithuanian Music and represent it during the various musical events that, hopefully, are getting back to normal.”

The Lithuanian Music Link and the Music Information Centre Lithuania is financed by the Lithuanian Council for Culture and the Ministry of Culture of the Republic of Lithuania.

All previous publications in Lithuanian and English