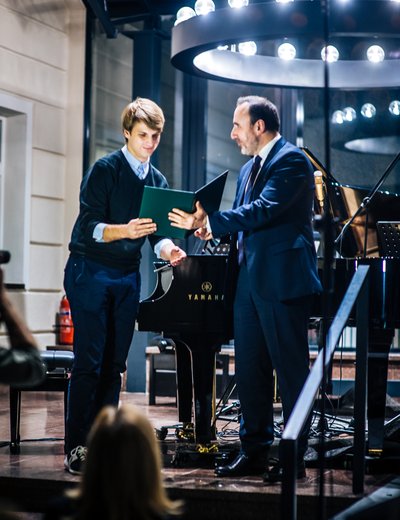 A young Lithuanian composer Dominykas Digimas and Arūnas Gelūnas, a Lithuanian politician, diplomat, artist and scholar. Photo: Tomas Terekas.
On 10 November, 2017 at the Organum Concert Hall in Vilnius the Lithuanian Composers’ Union held an award ceremony to celebrate the best composers of 2016. The awards have been presented since 2003 with 65 prizes awarded to date.

This year, 67 compositions of different genres that premiered in 2016 entered the competition. In the category “The Intensity of Musical Expression” the award went to Vytautas Germanavičius for his composition “Underwater Geometry”. Dominykas Digimas and his piece for string orchestra “no sense” received a prize for “The Aesthetics of Subtle Consonance”. Italy-based composer Justė Janulytė’s work “Harp is a Chord” for harpsichord and accordion was awarded in “The Mastery of Chamber Sounds” category. 9 pieces by composers under 30 years old competed for the “Young Composer” prize. The jury has awarded the title to Dominykas Digimas.

For the third time in the history of the competition the audience had the chance to support the composers and submit their votes for one of the 15 pieces announced online. Dominykas Digimas enjoyed the strongest audience support with 1715 votes.

Dominykas Digimas (b. 1993), who has collected the most prizes this year, is a composer of the youngest generation, as well as festival and project curator, and participant. After enrolling at the Lithuanian Theatre and Music Academy to study composition, he actively engaged in curatorship and organized composition faculty showcases. He was one of the founders of a contemporary music ensemble Synaesthesis, eventually taking over its co-leadership in 2013. Together with the likeminded peers he founded an electronic music festival Ahead, and in 2016 joined the management team of the Druskomanija festival. 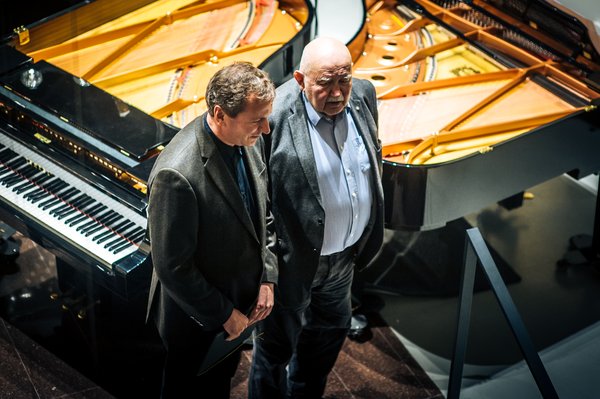 Lithuanian composer Vytautas Germanavičius, together with Donatas Katkus, a violist, conductor, teacher, musicologist, music critic, and manager. Photo: Tomas Terekas.
This year the awards celebrated the 110th anniversary of one of the most fascinating Lithuanian modernist composers Jeronimas Kačinskas (1907-2005). The ceremony featured a historic premiere of his Trio No. 1 performed by Laurynas Lapė (trumpet), Tadas Dešukas (viola), Motiejus and Mykolas Bazaras (piano). The piece was believed to be lost and was recently rediscovered in the archives in the Czech Republic by a musicologist Rūta Stanevičiūtė. Composed in 1933, this microtonal and athematic piece is considered to be an example of an early Lithuanian avant-garde. This discovery broadens our understanding and helps situate the Lithuanian avant-garde within the broader context of the Eastern European modernist practices that developed in parallel to the Western avant-garde musical centers.

The Awards were funded by the LATGA Association and the Lithuanian Council for Culture. Event partners – the Lithuanian Music Information Centre, ISCM Lithuania, Organum Concert Hall, and B Nordic 26 Business Center.

A few captured moments from the award ceremony. Photos by Tomas Terekas: 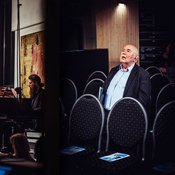 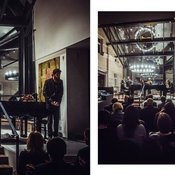 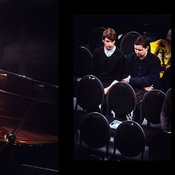 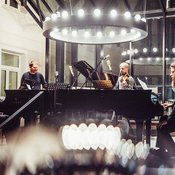 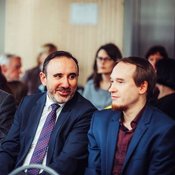 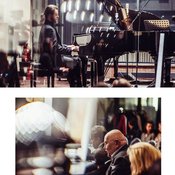 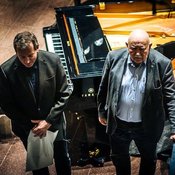 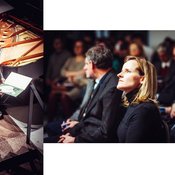 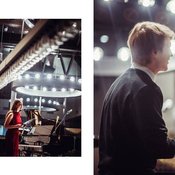 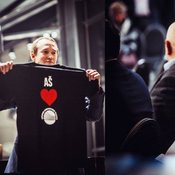 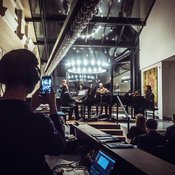 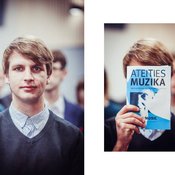